The Natural History of the African Elephant

Habitat and Range
The habitat of the elephant varies from rain forests to semi-desert regions. They live on plains and in mountains up to about 15,000 feet (5,000 m). They are most common in savanna areas, which provide grass, trees and also water, used for drinking and daily bathing. Elephants were once found throughout Africa, apart from the desert regions. Today, they are extirpated in northern Africa and endangered throughout the rest of their range. Their greatest concentrations are found in the parks and reserves of east and central Africa.

What are these researchers doing?
Researchers based at the North Carolina Zoological Park place satellite tracking collars on African Elephants in various areas of Cameroon and Nigeria. Usually, the researchers try to place the collar on a herd's matriarch; that is, the lead female of a herd. Since the herd follows the matriarch wherever she goes, the researchers can keep an eye on an entire herd by collaring just one animal.

As the matriarch moves around inside the herd's habitat, location data— primarily latitude and longitude— is gathered from the collar and sent via satellite to North Carolina. From these data, researchers can then monitor the animals' movements over a span of many months and, in doing so, accomplish several conservation goals.

The next mission for the North Carolina Zoo's field conservation program for African Elephants will likely be to Yankari Game Reserve in Nigeria [map]. As of late September 2015, researchers are planning to collar another two elephants in the reserve beginning in March 2016.

Elephant collaring in Yankari has been ongoing since Fall 2013, and included a second collaring mission in Spring 2014. Research in that area focuses on two goals: (1) reducing human/elephant conflict, especially in the agricultural areas just outside the borders of Yankari and (2) reducing poaching inside the reserve. One elephant was collared in October 2013, and a second in March 2014. The second animal was killed by poachers in October 2014.

All fieldtripEARTH readers wishing to be brought up-to-date on research in Yankari should see the two articles below:

fieldtripEARTH will publish details about the Winter 2015-16 mission as soon as they are available, and will also monitor the project daily while the research team is in the field. 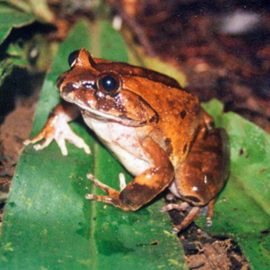 When thinking of "African animals," many tend to focus on elephants, lions and other charismatic mammals. However, Africa in general, and Cameroon specifically, is home to an abundance of amphibian species. Read More 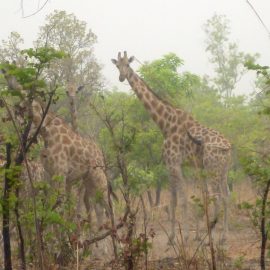 There are over 400 species of mammals in Cameroon, including some of the planet's best-known animals, such as giraffes and elephants. Many others, though, are found in Cameroon's diverse landscape. Read More 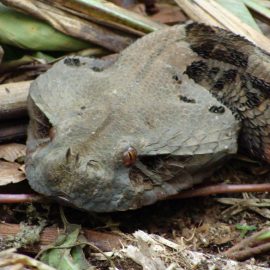 There are over 210 species of reptiles in Cameroon, ranging from turtles and lizards to highly-venomous snakes. Read More 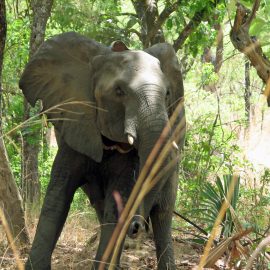 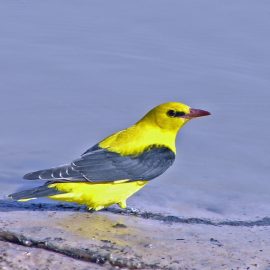 There are over 900 species of birds in Cameroon. They exhibit a huge range of size and color, and occupy a variety of habitat types. Read More 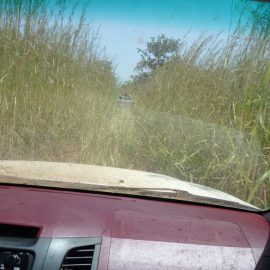 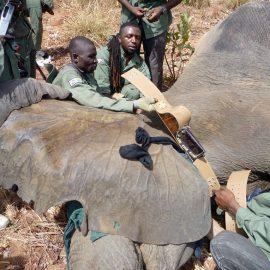