Mother Nature has thrown a real roadblock into the possible success of these nests. With a nor’easter and a full moon over the weekend of 26 September 2015, there is a lot of erosion on the Outer Banks. The nor’easter causes huge waves and strong winds that buffet the beaches and dunes. Also, when there is a full moon or a new moon, we have much higher high tides and much lower low tides. 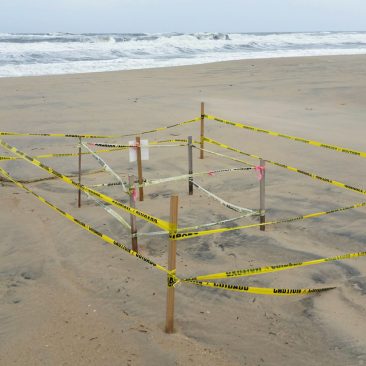 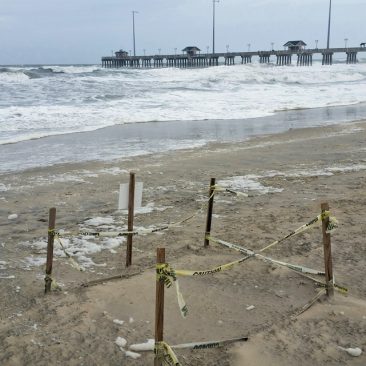 With these two events occurring at the same time, we saw a lot of water on top of the remaining nests. If the storm does not take the nests out completely, we will just have to hope for the best. 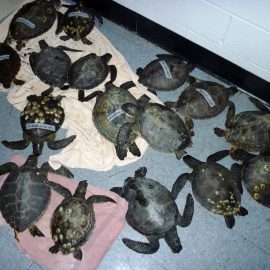 In the span of two days in early January 2016, volunteers patrolling the sound side of Hatteras Island off the coast of North Carolina found 349 cold-stunned turtles. All but two were juvenile green sea... Read More 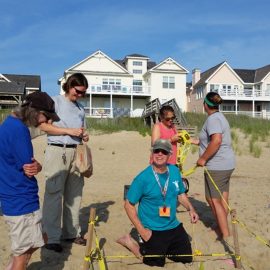 Nest #3 had several surprises in store for a crew of NEST volunteers. Read More