A group of herpetology researchers gathered data throughout 2015 as part of a mark/recapture study in order to learn more about the native snakes found on the grounds of the North Carolina Zoo. Mark/Recapture studies are most often used as a tool for estimating the number of animals of a certain species living in a certain area (learn more below). We hope to accomplish several goals in this study:

What Is A Mark/Recapture Study?
A mark/recapture study uses simple math to predict the number of individuals of one species in a particular area. All studies start the same way—researchers capture individual animals in a certain geographic area, count them and mark them. Then, after a year or so the researchers return to the same area and try to capture more individuals. They note how many of the captured animals have last year’s markings on them; these are “recaptured” animals. Then they divide all of the captured animals into three groups and assign each group a letter:

Then, the researchers do the math. They multiply M x T and then divide that by R. The total of that equation gives the researcher the estimated size of the entire population in the area. It is important to understand that the estimated size can be affected by events that the researchers cannot control; for example, marked animals may die before they can be recaptured, or they may simply leave the study area as part of their normal movement patters. That’s why it is important that research studies like this be repeated several times in order to gather adequate data before drawing conclusions.

The NC Zoo Snake Study
Wildlife researchers know that it is important to follow consistent practices are followed over an entire research project. To help keep things consistent, researchers will often design protocols, which are essentially a set of guidelines or steps for their specific research project. That way, they can make sure that they do the same things every time they handle an animal and collect data; this in turn helps them make sure that they can draw conclusions and make decisions based on data that were collected in the same way every time.

Our mark/recapture study used a very specific set of steps that were taken with the capture of every snake included in the study. First, we captured each snake by using a snake hook; we then restrained the snake by placing it in a clear plastic tube designed for that purpose. Then, we collected a variety of data about the capture site and about the animal, such as 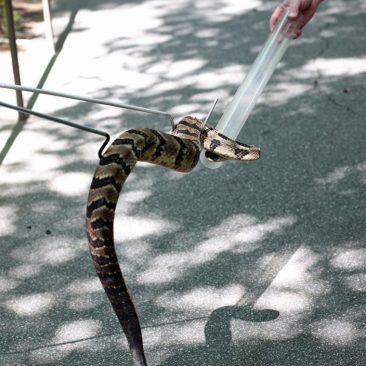 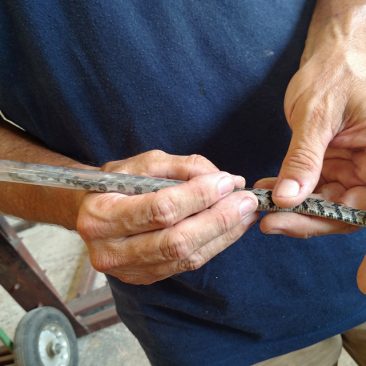 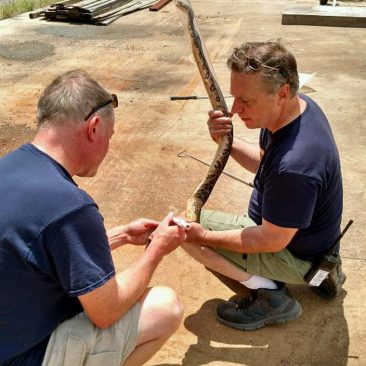 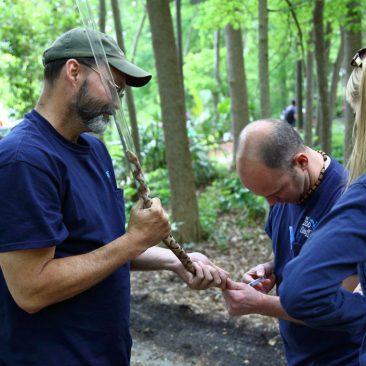 We also collected blood samples from the Copperheads and Eastern Rat Snakes we captured. A veterinarian took one sample when the snake was restrained and a second after the data collection process, which usually took about 15 minutes, was complete. These samples were needed for the stress study mentioned above; we wanted to know the difference in lactate levels between each animal’s blood samples to determine how much stress the process had on the snakes.

Finally, we assigned an ID number to the animal and implanted a PIT tag so that the animal could be identified if it was captured again. We also made a mark on the snake’s ventral scales, which are the large, overlapping scales on the snake’s belly.

The 12 species found on North Carolina Zoo property are: 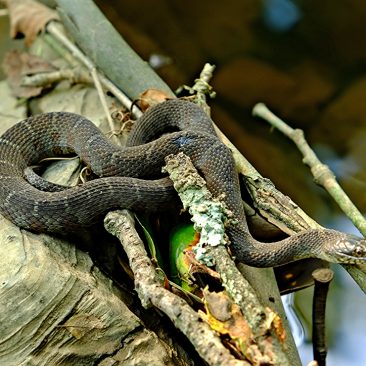 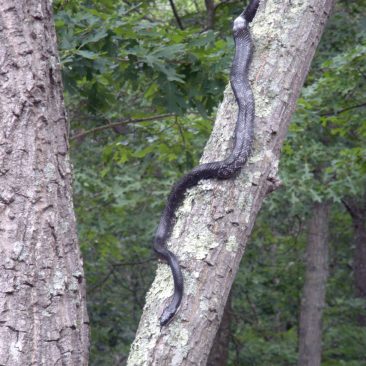 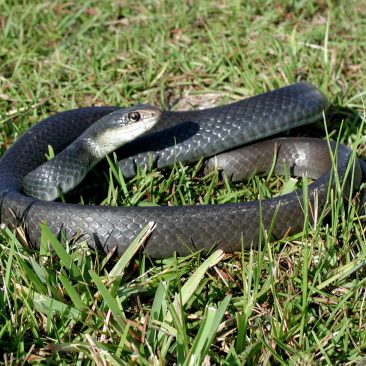 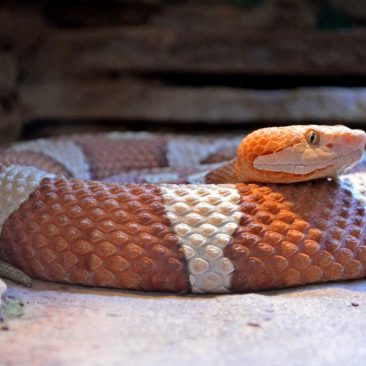 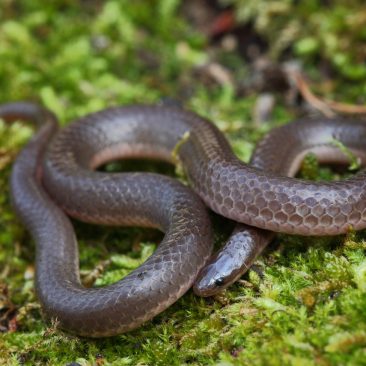 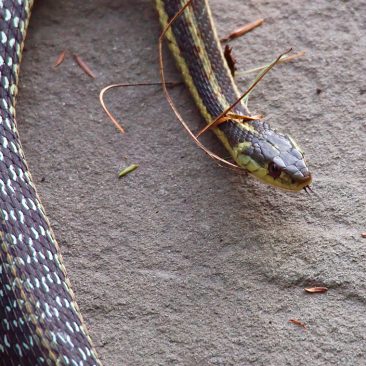 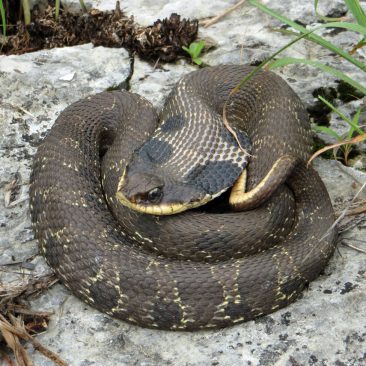 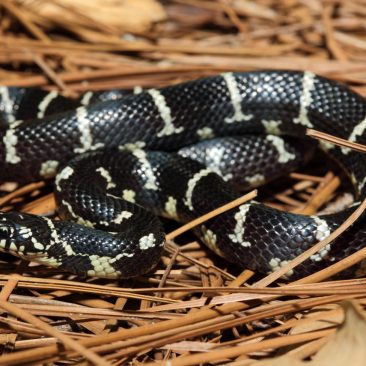 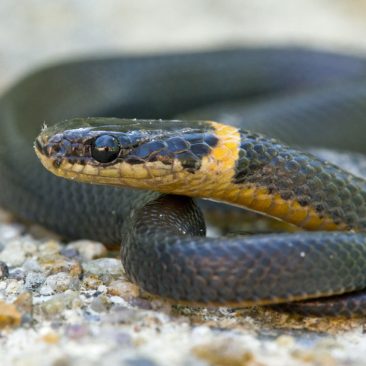 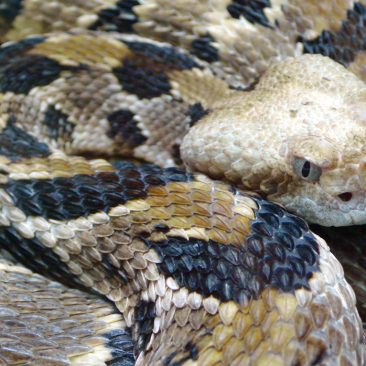 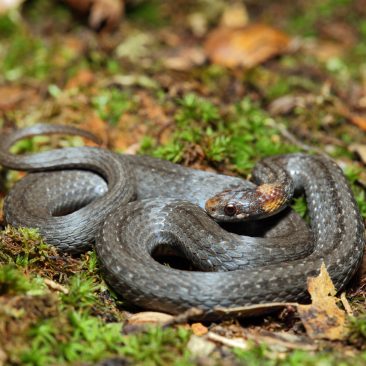 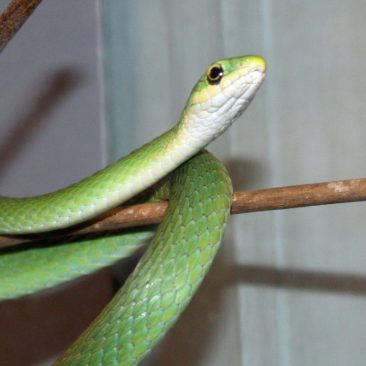 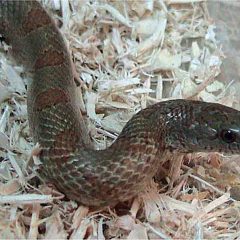 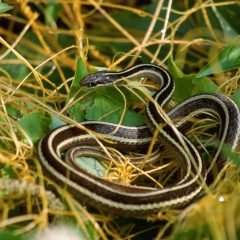 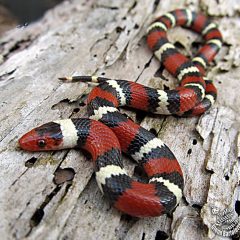 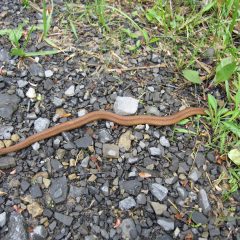 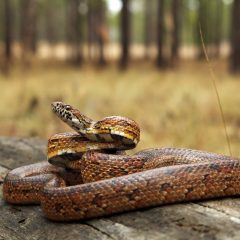 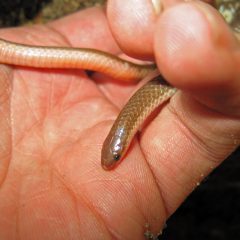 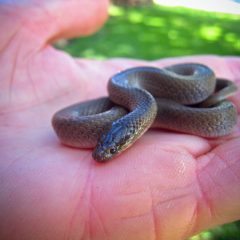 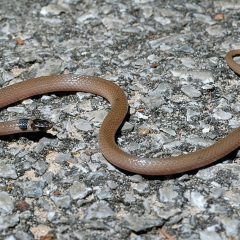 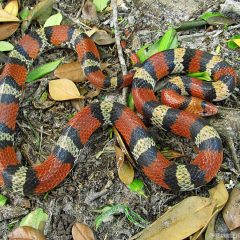 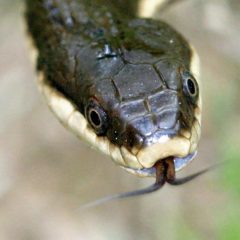 Future Research
We will continue capturing snakes in order to gather data for the “recapture” portion of the study. This data will help us make accurate estimates of each species’ numbers in the areas around the North Carolina Zoo and will also help us better understand how wild snakes use the Zoo’s habitat areas. 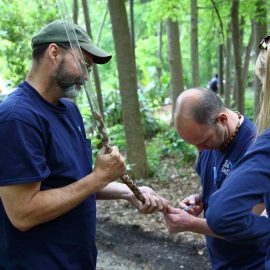 A group of herpetology researchers gathered data throughout 2015 as part of a mark/recapture study in order to learn more about the native snakes found on the grounds of the North Carolina Zoo.