Nest #2 – 21 June 2015 – Kill Devil Hills NC
After waiting two weeks, Jim Bailey of the Kitty Hawk/Kill Devil Hills ATV team found Nest #2. A loggerhead sea turtle can lay one to five nests in a season. Usually the nests are laid 12-15 days apart. Doesn’t it make you wonder if maybe this was the same turtle that nested in Nags Head on 6 June? The DNA study will tell us. This female sea turtle also laid her nest in a safe place on the beach, so the nest did not have to be relocated. It has been several years since there was a nest in Kill Devil Hills, so this response team was overjoyed. Looks like the turtles are moving north! 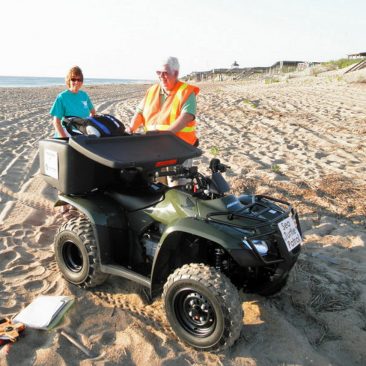 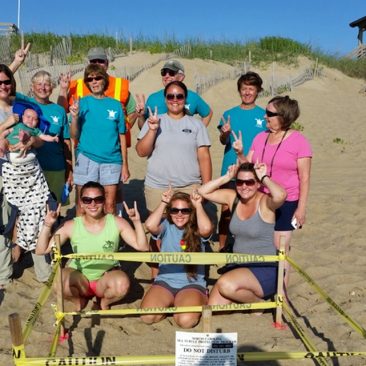