Nest #4 – 27 June 2015 – Nags Head NC
Tim Moore found his second nest of the season in Nags Head. The Dream Team is on a roll. They may be hard to beat this year; but, it ain’t over until it’s over! We will wait for the final count in September when the temperature of the ocean gets cold and sea turtle nesting season is over. 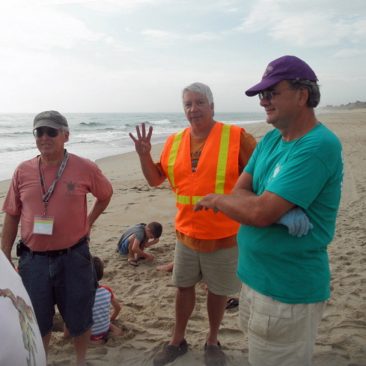 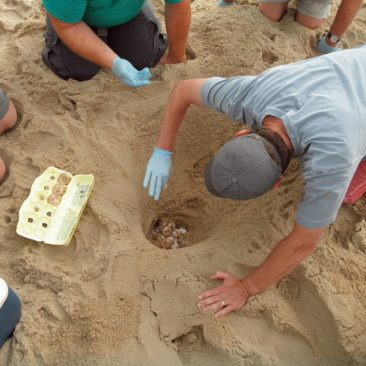 This was the first nest of the season that had to be relocated because it was laid too close to the high tide line. What do you think could happen to the eggs in the nest if, during a bad storm, waves washed over the nest? When we relocate a nest we very carefully remove one egg at a time. We are extremely careful not to tip or jostle the egg. Six to twelve hours after the eggs are laid, the embryo attaches to the yolk. If this attachment is broken, the turtle will not develop. The eggs are placed in egg cartons and moved to the new nest. We take precise measurements of the original nest to dig it just like the mother turtle did. The eggs are carefully placed in the same order that they were dropped into the original nest.