UPDATE 22 SEPTEMBER 2015 – NEST #17 EXCAVATION
After an amazing boil of hatchlings and no more emergences in the following three days, it was time to open Nest #17 and inventory its contents. Our visiting friends from Pennsylvania prepared the runway in hopes that we would find a live hatchling in the nest. With more than a dozen nest volunteers on the team, it was hard to choose who would have the honors of digging the nest. 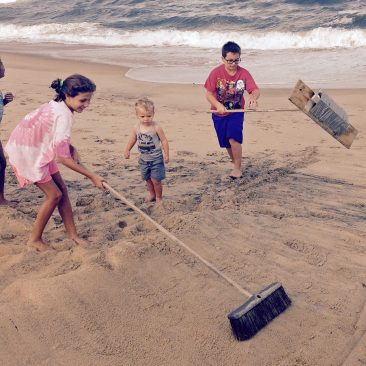 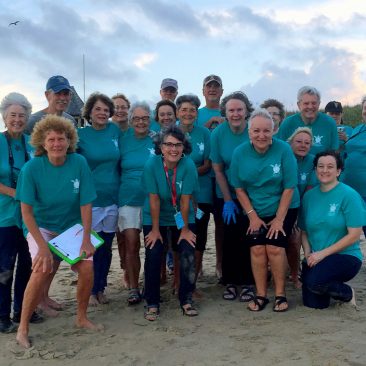 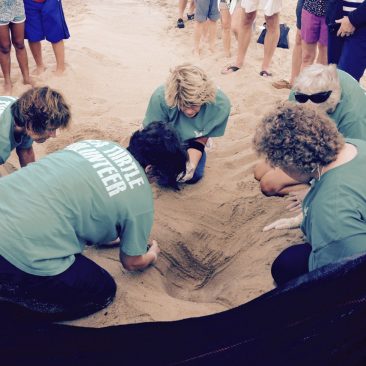 We found what we all were hoping for—one little live hatchling eager to exit the nest. The children named him “Lucky,” and he was indeed lucky to be a member of this turtle family. We already knew that 97 of his nest mates had boiled out at 7:01PM on Day 60 of incubation. We released Lucky at exactly the time his nest mates went to sea. Unfortunately, the surf was much rougher for this little turtle but, with everyone cheering him on, he crawled to the sea. We waved good-bye and celebrated the success of this nest. Ninety-eight percent of the eggs had hatched! 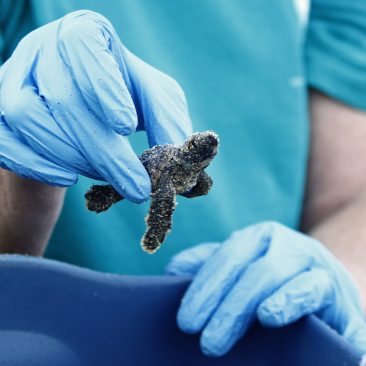 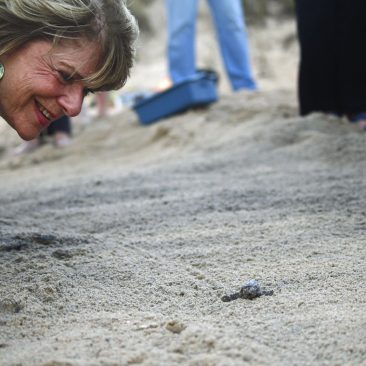 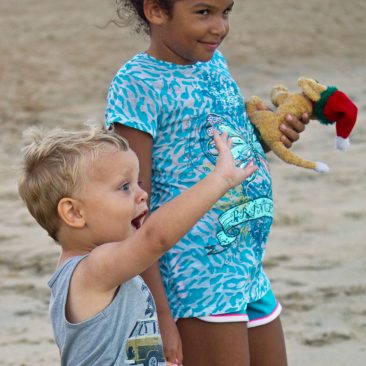 There was also one egg that was at stage one of development; that is, it had ceased to develop early in incubation. There was also one stage three hatchling still in his egg. He was nearly fully developed, but his lack of pigmentation indicated that he was leucistic and probably did not survive due to other genetic abnormalities.We also found three small spacer eggs. These are common in leatherback turtle nests but, until recently, we had not see them in loggerhead nests. 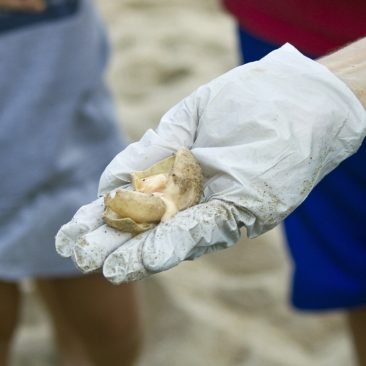 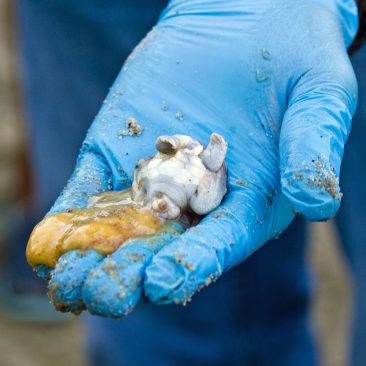 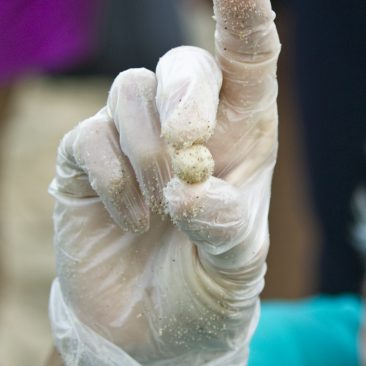 As we end the 2015 turtle season in Duck, North Carolina, we rejoice in our success—three boils at dusk with over 280 turtles making it to the ocean. This has been a great hatching season for us. The weather has been awesome for sitting out each night. This season was a pleasant relief with all early and successful nests. In seasons past we have experienced many freezing nights with no hatchlings in nests. Sometimes the turtles make our lives easy but, even when it is hard, cold and wet, it is worth it to see these little endangered critters boil out of the sand and rush to the sea. 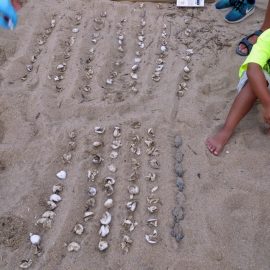 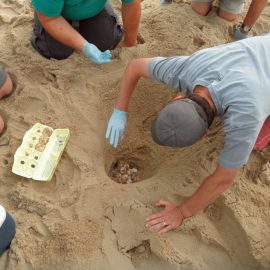 This second nest on Nag's Head had to be relocated after it was laid close to the high tide line. Read More