UPDATE 19 SEPTEMBER 2015 – NEST #17 HATCHES
After just finishing with Nest #12, our Duck DyNESTy team was eager to move on to the third and final nest in Duck, North Carolina. Since it is later in the hatching season and the days are cooling off, we felt safe in beginning our nightly vigil on Day 59 of incubation. We were barely safe—when we got to the nest early on Day 60 we found a deep sinkhole in the middle of the nest. It was evident that we would soon have lots of little hatchlings. 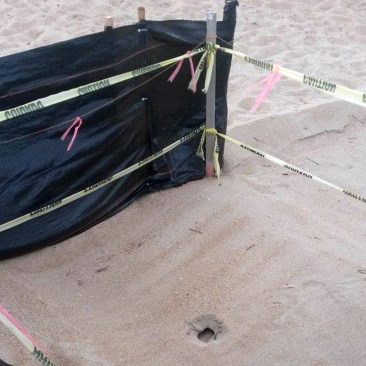 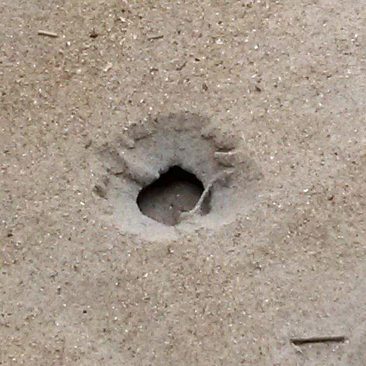 The sand dropped at 6:40PM. At 7:01 the turtles began pouring out of the nest and streaming down the runway. They were on a mission and were headed straight to the ocean. No meanderers in this group. What a glorious night for all on the beach. Everyone could see the 87-94 (it is hard to count all those fast little turtles) hatchlings race to the sea.

Our friends from the south (Nags Head, North Carolina) paid us a visit to observe our first-class Duck sea turtle nest. They had the show of their lives. By 7:11PM, the turtles were all sucked up by the gentle waves and on their way to the Sargasso weed in the Gulf Stream. What an exhilarating night for all. See the Video Playlist below for two videoclips: one shot as the nest first began to boil, and the second shot as the hatchlings were making their way to the ocean. 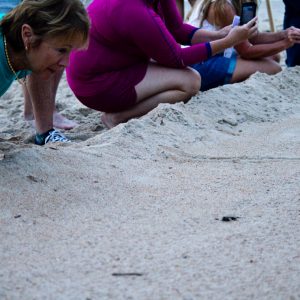 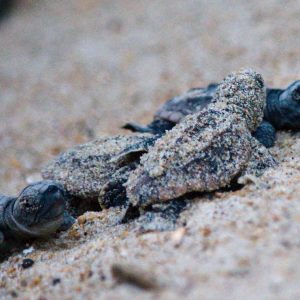 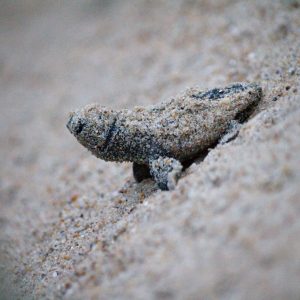 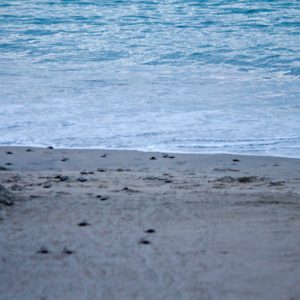 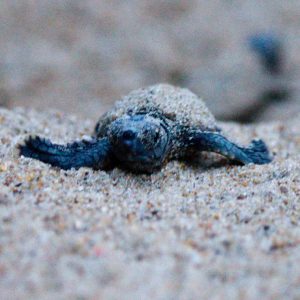 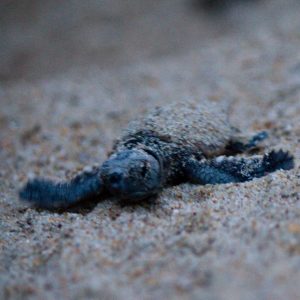 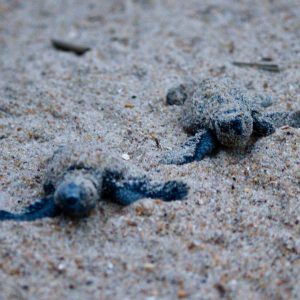 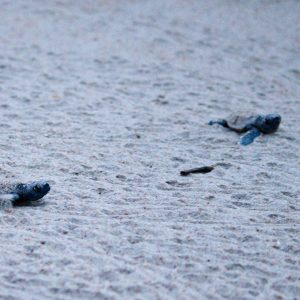 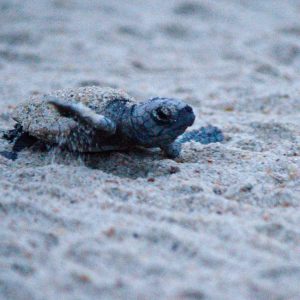 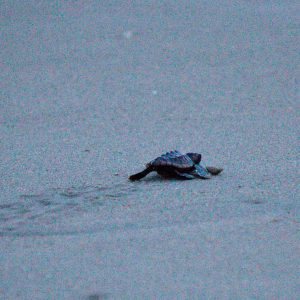 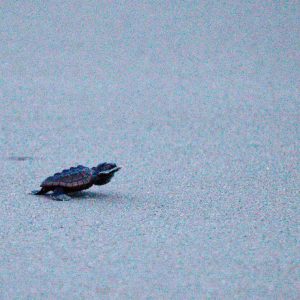 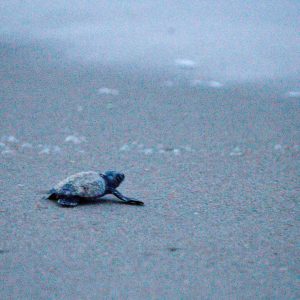 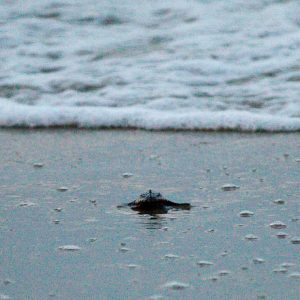 (Above is a sequence of photos taken at the Nest #17 boil at Duck NC. To view the photos as a filmstrip, simply click on the arrows on the left or right margins of the filmstrip. Those using a computer may also zoom-in on one or more photos by simply clicking the appropriate image; tablet users must click/hold a particular image to view a full-size version. All photos courtesy Jackie Orsulak.)

Our team has been so fortunate this year to witness three sea turtle nest boils while it was still light enough to see. Loggerhead sea turtles usually exit their nests in the dark. Birds that might prey on the hatchlings tend to roost at night, so that eliminates one of their predators at emergence. When our turtles sneak out in the daytime, we take bread way down the beach and throw it to the birds to lure them away from our hatchlings. Sometimes it helps to trick Mother Nature and her critters. We were blessed and have the pictures to share with you. Please enjoy our adventure with us.