Everybody loves to play, and Hadari and Bomassa are not exceptions. This week, they played almost nonstop after their 11:30 lunch. Although Apollo is usually involved, he has been playing too rough lately and his mom is disciplining him by keeping him from playing. Apollo had been running around Olympia, playfully hitting and jumping all over her. Right before he could race off after smashing into his mom, Jamani threw out an arm which caused him to settle down immediately. Although Olympia is Apollo’s mother, Jamani still disciplines him like her own son. 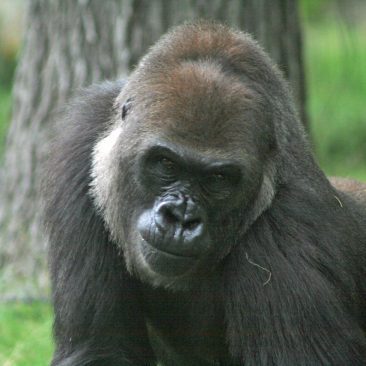 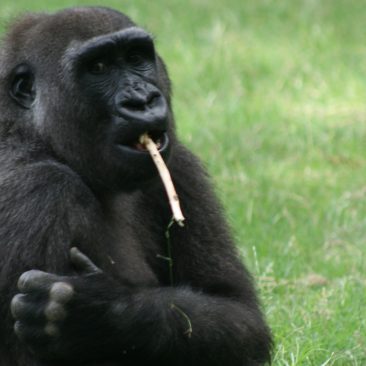 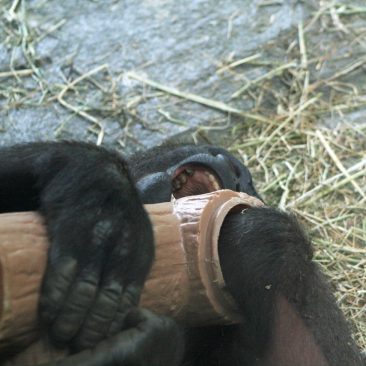 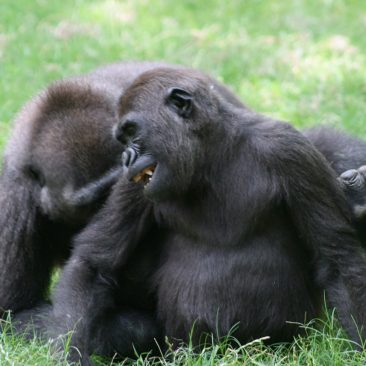 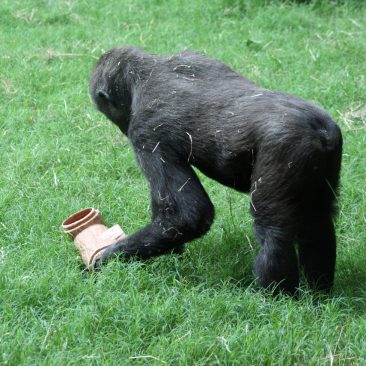 Hadari has been giving Jamani a lot of attention this week. He’ll groom her, a behavior which is used to reinforce and establish social bonds. Although Jamani doesn’t play as boisterously as the young boys, she’ll still act playfully and use the same arm and hand gestures. Over these next few weeks we should see more interactions between them as their relationships grow stronger.