Great news! The first sea turtle crawl of North Carolina’s 2016 nesting season was found on Sunday, 8 May (Mother’s Day) on Onslow Beach, near Camp Lejeune [see map]. This was a false crawl—that is, no nest was laid when the turtle came to shore—but if things work out the way they usually do, there should be at least one nest laid somewhere nearby in the near future! 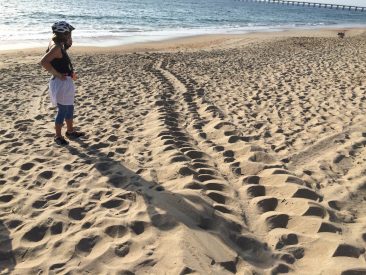