Threats to White-Winged Ducks
Two steps are needed to ensure the continued viability of the White-Winged Duck population at Way Kambas National Park. First, known high concentration areas of ducks must be protected from disturbance by fishermen or poachers. A high priority location in the park is the upper reaches of the Way Kanan, which seems to be a prime breeding area. Second, adequate amounts of good habitat, especially swamp forest, must be preserved. The major threat is frequent forest fires which prevent early successional forest to develop into mature forest preferred by the ducks. Ideally, various types of wetlands also should be protected so that the ducks would have a place to move to during times when water levels fluctuate.

The main short-term threat to Cairina scutulata that we observed was the frequent illegal incursions by fishermen on all parts of all rivers and creeks. Given that these ducks are extremely sensitive to the presence of humans, the daily presence of fishermen probably is a negative factor—especially since the peak of fishing activity occurred in May-July, which was also the peak brood rearing period. In addition, we found large amounts of discarded fishing line, fishing nets and traplines on all rivers, creeks, and ponds which could injure or kill individual birds. Although we never found an entangled or injured duck, we found a brown hawk owl (Ninox scutulata) whose legs were so entangled in discarded fish line that it could not perch. 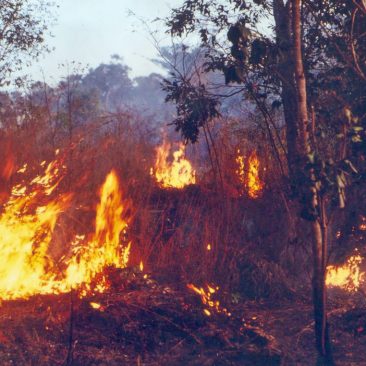 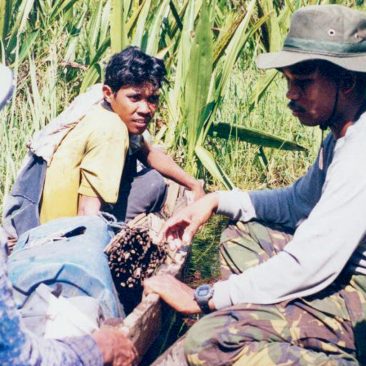 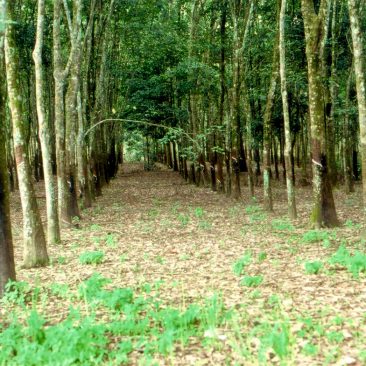 The main long-term threat to White-Winged Duck populations is frequent fires, which prevent early successional forest from developing into appropriate duck habitat and which destroy more and more suitable duck habitat. A second long-term threat is trapping or killing ducks either inside or outside park boundaries. White-Winged Ducks frequently visit rice fields outside the park at night, presumably to feed. During this study, we received one credible report of a White-Winged Duck inadvertently poisoned by rat poison in a rice field outside of park boundaries. In addition, a farmer caught a juvenile male in his rice field using nooses; he planned to eat the duck but researchers bought the duck and released it inside the park. Inside the park, we know of two instances of poaching. In 1995, an illegal fisherman was surprised by researchers and ran away, leaving behind an injured duck that he had caught (Hapsorro 1995). A fisherman in the Way Rasau area confessed that he took nine eggs from a nest he found in January 1998. Presumably, much more poaching is occurring than what we heard about.